What Makes a Premium Coffee?

Superior quality coffee isn’t easy to craft. It’s a beverage that arrives to drinkers only after a long, controlled process. By taking pride in protecting the plant and bean from harm, and controlling its conditions and exposures via natural methods, a reliable, flavorful mug of coffee results. That premium coffee can be delivered to your kitchen at an affordable price as well. Starting your day or reinvigorating your afternoon with excellent coffee is never underrated. It’s also a great way to liven up a dull conversation.

Coffee growing and shipping processes should be transparent to the consumer. If the company is ensuring that the coffee available for purchase will have a premium quality that’s reliable, then why shouldn’t the process be public? It’s important to choose coffee producers who are transparent with their growth and sourcing. For reliability’s sake, they should have been operating for years. Coffee plants don’t handle extreme conditions well. Recently, variable water supplies and temperatures have further complicated coffee growth.

Careful, but still natural, care of coffee plants is vital. To see how this care plays out, let’s look at the big picture of coffee growth. The “Coffee Belt” runs roughly 8 degrees north and south of the equator. Latin America produces about 60% of the world’s coffee supply, with much of the rest originating in Africa.

The Arabica bean is the world’s favorite. Arabica beans grow well in the higher regions of Latin America. Cooler, mountainous regions of Mexico, Honduras, and other central and south American countries have regions with conditions favorable for growing great Arabica. Coffee in Honduras is really taking off at high altitudes.

Many Latin American countries produce coffee, usually growing it simultaneously with other crops. Small farmers are very invested in the growth of their plants, although they have others for insurance against unfavorable conditions. Before climate change, normal conditions in these highland areas had been dubbed: “always spring.” With plentiful but sporadic rainfall and moderate temperatures, coffee could thrive until recently. Freezing temperatures kill coffee within two hours. Meanwhile, it can’t endure scorching heat and can grow well with a bit of natural shade. Another concern is coffee rust, a fungus that can ruin coffee plants.

With increasing weather volatility due to climate change nowadays, it helps to have even more careful control over the growth of the coffee plant. However, large growers who want to keep tighter control often use unnatural tactics to do so. They’re known for taking shortcuts to maximize profits. Meanwhile, smaller coffee growers who aren’t supported may not (be able to) produce a reliable bean. Under volatile conditions, they may also change tactics and focus on their other crops or endeavors for their own security’s sake. 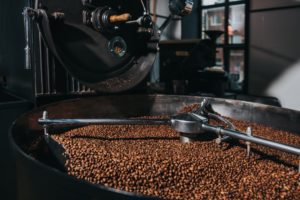 Subida Coffee Co. is a premium brand of coffee that has been operating for fifteen years. Subida is produced by the Moses Project, part of a non-profit committed to producing competitively high-quality coffee at an affordable price. The coffee is grown in an agricultural learning center overseen by agricultural engineers. It’s a 120-acre commercial farm. However, it’s like a well-run family business with a high level of buy-in and commitment from those caring for the plants and harvesting the beans.

It’s not just decent coffee for a good cause; it’s excellent coffee precisely because it is tended to and controlled by workers who are personally invested. Not many premium coffee operations have workers who are as highly invested in the mission of producing great coffee.

The Moses Project that produces the coffee houses economically disadvantaged boys over thirteen who continue their education while learning agriculture, aquaculture (raising fish) and beekeeping. There are around forty boys living at the Moses Project at any given time. We’ll further explain the Moses Project later. For now, let’s look at the care of Subida Coffee beans.

Controlling and Caring for Better-Quality Beans

Agricultural engineers direct the teams at each step of coffee growth, harvesting and production at The Moses Project, which produces Subida Coffee.

When selecting coffee fruit from the plants to be processed, mistakes and unscrupulous picking can be detrimental to the quality down the line. Coffee at Subida is picked off the plant by hand by an educated, discriminating person. Hand-picking by workers committed to the overall mission guarantees that only suitable beans move on. It’s not a mechanical sorter–it relies only on sound human judgment. Human inspection ensures the selection of perfectly ripe beans. On-site agricultural engineers direct and support those who provide hands-on care. However, starting off with only the ripest, healthiest and well-formed coffee beans is only part of the recipe for superior-quality coffee.

Once only the finest beans have been selected, the coffee moves along to be dried. In Subida’s processing facility, the beans are again inspected by hand, after which they’re approved to be bagged. This is an exciting step at the Moses Project, as the growers know that the coffee will travel internationally to help put Subida and Honduran coffee on the map.

The bags then travel to Memphis, Tennessee. All orders ship from there. Those who support the Moses Project enjoy tasty, reliable coffee they can brew for a good cause.

Since the steps of growth and production are supported by an American non-profit, Subida Coffee Co. is at less risk from recent threats in growing, harvesting and delivering coffee. Insulating the Honduran growth and export process from some of the volatility Latin American growers have been experiencing from climate change and pests is a crucial part of its mission. Honduran coffee is starting to make a name for itself. If it can follow the path of Colombia and Costa Rica, it would help empower people throughout the country.

The success of Subida Coffee Co. can have a ripple effect. By educating boys who could not continue learning otherwise for financial and logistical reasons, the Moses Project helps local Hondurans in Santa Rosa de Copán stabilize their futures. With concentrated efforts, the hope is that western Honduras can live up to its full potential after overcoming recent hardships. More residents can earn a good, reliable living through agriculture and aquaculture. In particular, by putting Honduran coffee on the map and in foreign stores, the good brews can spread. Currently, coffee is Honduras’ most valuable export. Since coffee isn’t grown locally and responsibly in the continental US, supporting Subida is a great choice.

Subida Coffee will keep charging full speed ahead on its multi-pronged approach to doing good in the world and energizing people to do the same through great coffee.