Can You Shop Locally for Gourmet Coffee?

We all know the benefits of shopping locally. However, one of our favorite beverages presents a challenge because it’s usually grown near the equator: coffee. So the question is, when it comes to gourmet coffee, how local can you shop? The answer is: not very local, unfortunately. While in the U.S. and Canada we may want to support local growers and choose food that hasn’t traveled far, our favorite beans and grounds are a bit exotic. Nevertheless, it is possible to purchase coffee consciously in ways that benefit multiple communities.

Some foods that travel far aren’t causing much harm because they can be sustainably grown and do a lot of good in that local community. Before we venture into the benefits of production in far-off places, let’s take a look at options for coffee growth in the United States.

Coffee grows naturally and well in Hawaii. This is great for Hawaiians! However, the farthest-flung location in the US still leaves the rest of us in basically the same quandary. Hawaii is far away and not connected to the major landmass. For residents on or near the east coast, it may as well be a foreign country.

Coffee has been cultivated with varying success in small areas in California. Nevertheless, the usage of California’s limited water supply is problematic. With increasingly common droughts and wildfires, directing water toward coffee plant growth, which needs regular rainfall, doesn’t seem practical. Increasingly random weather patterns due to climate change present another layer of water complications. With droughts and wildfires, the Western US needs to keep water stores ready for disasters.

The final option for American coffee growth is Puerto Rico. It’s a more natural environment for coffee than California. It’s also closer than Hawaii for those on the east coast. However, for those in central and western states, there are actually multiple coffee-growing locales that lie as close or closer than Puerto Rico. 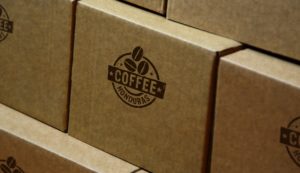 Although Colombia and Costa Rica were first on the scene in producing tasty coffee, other areas of Latin America are catching up. That’s no surprise since Honduras has much of the same topography and climate that produced great coffee in Costa Rica. Since Costa Rica is also a popular travel destination because of its beautiful beaches, varied topography and ecotourism, Honduras and its coffee have been overlooked in a variety of ways that can help attract spending from outside the country.

Coffee in Honduras isn’t a new thing. However, recent conditions have made it a very important factor that can help stabilize at-risk communities in several ways. Coffee has been grown there and exported for some time. It has quickly increased in quality. Overseas shipping connections have been made. Honduras isn’t as well developed, safe or stable as the majority of Costa Rica. There are many Hondurans who can be helped by coffee purchases.

Coffee is actually Honduras’ most valuable export. However, the main agricultural staples are traditional for the area: corn, bananas and sugarcane. Corn has a long history, dating back to the Mayan period. Corn was sacred to the Maya. The people of present-day Honduras are mostly descendants of the Mayans, with  Spanish and African heritage as well. There was even a God of Maize (corn) in the Mayan tradition. Corn is still a celebrated staple.

Meanwhile, bananas were farmed in Honduras, which was declared the first “Banana Republic,” an infamous term for an infamous situation. Honduran labor and land were exploited by fruit companies to produce bananas for the U.S. In 1929, Honduras was the leading exporter of bananas. Luckily, the highly exploitative relationship has dissipated. Long ago, fruit companies became less powerful.

Sugarcane has been another long-time staple in Honduras. Growing sugarcane is not complicated, but harvesting it is very hard work. It’s not as lucrative as coffee farming either.

The Current State of Honduras

Unfortunately, Honduras is suffering from a number of issues, which the growth of coffee can assist with to some degree. Climate changes, political turmoil, corruption and drug and gang violence have made success or just stability more difficult for the average person in Honduras. People who achieve a moderate amount of success can have their money or goods stolen. Extortion by corrupt entities is also a problem.

Honduran Coffee for a Great Cause

One organization that has recognized the power of coffee cultivation to help the people of Honduras is Subida Coffee Co., which is operated by a non-profit. It’s been able to provide a place for young men who have lost their parents, cannot continue school, or both, to pursue success. The non-profit houses around forty boys who continue their schooling there. They also learn about growing crops, raising fish and keeping bees from agricultural engineers. By continuing their education, learning practical skills and getting hands-on agricultural experience, the boys achieve a much better outlook for the future.

Subida Coffee Co. is operated by the Moses Project, which puts the proceeds back into several efforts with a great cause. The 120-acre farm and housing are located outside of beautiful Santa Rosa de Copán. It’s one of the largest cities in western Honduras. It has been producing tobacco since the eighteenth century and has other coffee-related exports. By helping stabilize many members of the community in Santa Rosa, which is the seat of its department (state), it can serve as a beacon of hope.

Great Coffee for a Great Cause

Supporting the cause of Subida coffee doesn’t mean sacrificing flavor and quality. The extra care that the agricultural engineers and their teams deliver makes the difference. The plants are cared for by hand. Hands also select each bean at the peak of ripeness. They are then dried in small, controlled batches.

When you can’t shop locally for a certain crop anyway, choose to purchase one like coffee that supports great causes: educating Honduran youth and employing local adults. These efforts can have positive ripple effects in a deserving community. Coffee often brings people together around a table or when meeting in cafes. It can also connect people across borders.